Sandworm: A New Era of Cyberwar and the Hunt for the Kremlin’s Most Dangerous Hackers 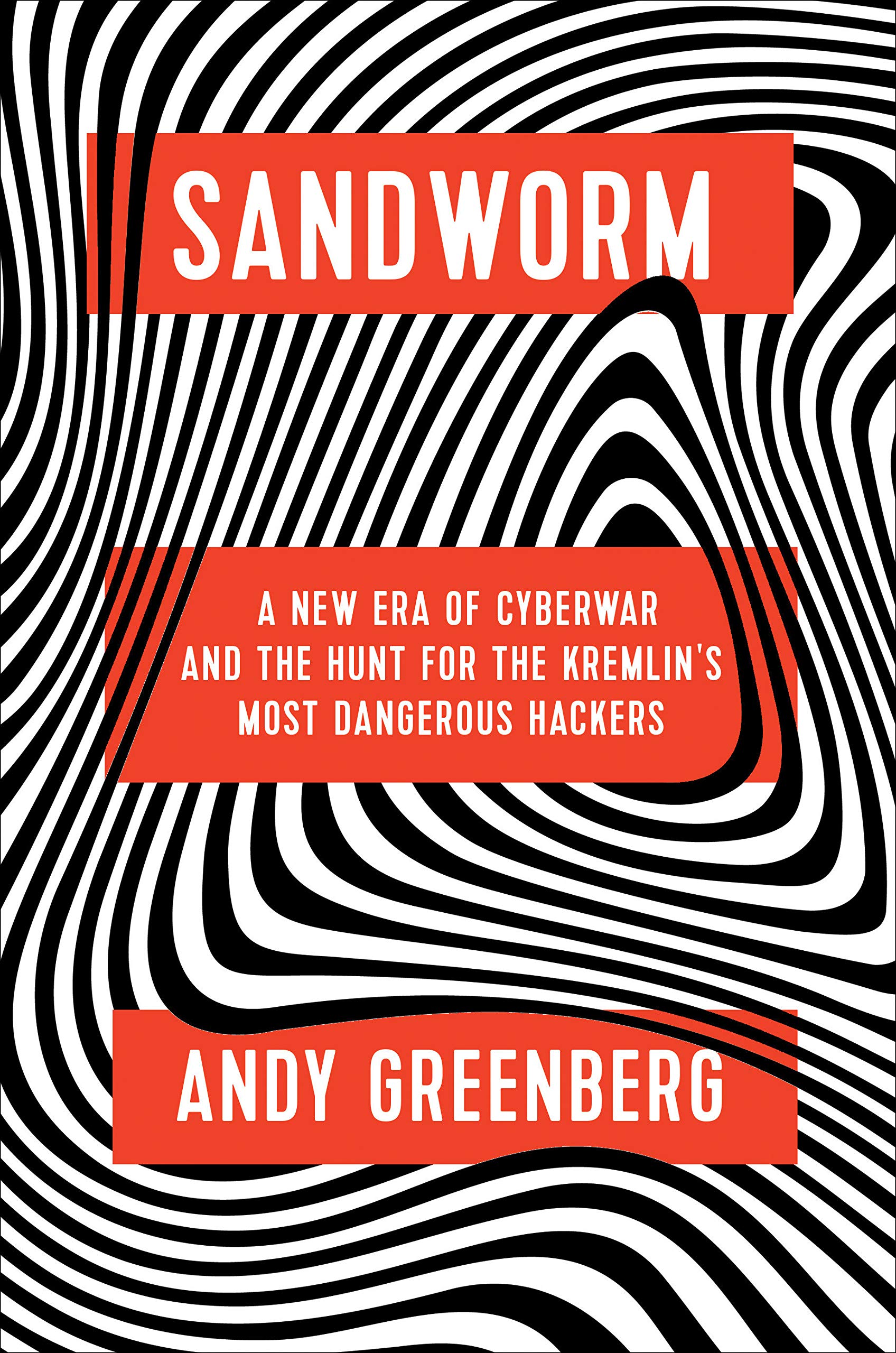 “Sandworm is a sobering examination of an underreported story: The menace Russian hackers pose to the critical infrastructure of the West. With the nuance of a reporter and the pace of a thriller writer, Andy Greenberg gives us a glimpse of the cyberwars of the future while at the same time placing his story in the long arc of Russian and Ukrainian history.”
—Anne Applebaum, Pulitzer Prize–winning author of Gulag and Red Famine

“A terrifying and infuriating look at a future in which cyberwar hawks and cyberwar deniers join forces to literally threaten our ability to continue civilization. Sandworm shows how, in our leaders’ focus on maintaining digital weapons to attack our enemies, they’ve left our own critical infrastructure defenseless.”
—Cory Doctorow, New York Times bestselling author of Little Brother and Radicalized

“Sandworm hits that sweet spot of being both informative and entertaining as hell. In a journey that hopscotches from war-torn Ukraine to shadowy chatrooms to the halls of the UN, Greenberg takes readers on the hunt for the network of Russian hackers behind the most damaging cyberattack to occur so far. It is well worth your read.”
—P.W. Singer, author of Ghost Fleet and LikeWar

“The good news about Andy Greenberg’s Sandworm is that no one has ever dived so deeply into a major hack to illuminate the evolving crisis of a never-ending cyberwar.  The bad news is when you finish this gripping narrative, you won’t be sleeping as soundly as you did before.”
—Steven Levy, New York Times bestselling author of In the Plex and Hackers

“Lucid and compelling, Sandworm shows us how high-tech warfare is waged today in Eastern Europe: battlefields of computer viruses, software vulnerabilities, and faked digital fingerprints. Where foreign hackers remotely black out cities and feed false election results to television networks. Where laptops become weapons and a word processor becomes a tool to invade a nation’s critical infrastructure. The first half of Greenberg’s meticulously researched book leaves us wondering: How long before it happens here? The second provides the chilling answer.”
—Clifford Stoll, New York Times bestselling author of The Cuckoo’s Egg

“An in-depth investigation of what the Russian military’s best cyber unit has already done to disrupt corporations, penetrate utilities, and prepare for cyberwar.  Sandworm is a sword of Damocles over the US economy that any US president has to take into account when deciding on whether and how to counter the Kremlin.”
—Richard Clarke, former White House counterterrorism coordinator, author of The Fifth Domain and Cyber War

“A taut inquiry…Greenberg is an adroit investigator and gifted metaphorist. His lucid, dynamic exposé is a must-read for those worried about the vulnerabilities of the digital world.”
—Publishers Weekly

“Told with the fast-paced style of a thriller, this book is highly recommended for all fans of international intrigue and cyberwarfare. An exceptional account.”
—Library Journal (starred review)

“Loaded with original reportage, Greenberg’s urgent and clarifying book will inform and worry everyone concerned about national andcyber security…Readers will revel in the details Greenberg provides.”
—Booklist

“Sandworm offers both a ripping narrative of a hack that broke the world and a worrying glimpse at cyberwar’s rapidly evolving future.”
—Wired